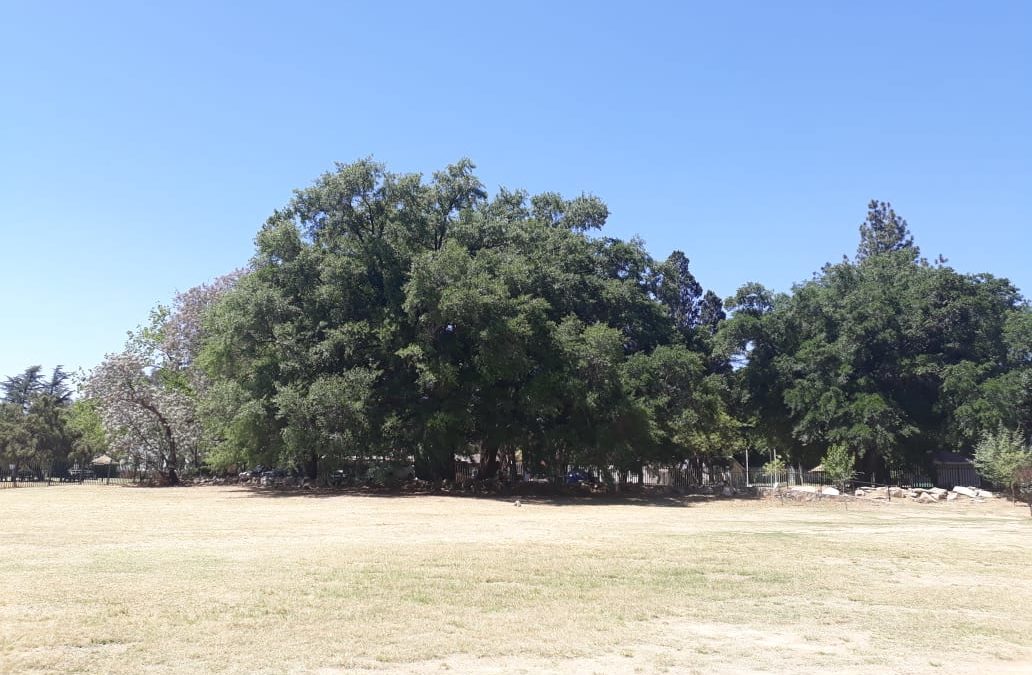 Spring has now changed to summer with the pink blossom Gone as well as that from the fruit trees in the field and more people continue to ‘find’ us.

Spruit Day was a disaster with the heavy rain the night before Arthur And I thought the Jungle Gym would be too wet to oil so we agreed to cancel the oiling along with the Scouts who volunteered. When we got there at 9am the next morning it was totally dry! Big mistake.

We couldn’t do it the this weekend – long weekend, Heritage Day- So maybe we can either pay for the labour or see if we can get some volunteers for this coming weekend – 3rd/4th.Oct.

This last week has seen a squatter assaulting his wife who fled to the
Guards. When I got there she wanted to go to Soweto but wanted the
Man to give her clothes back. We got him to come over and were told a Long involved story – turns out all lies. He took her to Diepsloot and we hear he and his brother assaulted her again.

It has come to light that he actually has a ‘place’ in Diepsloot but is on our Bank because it is close to the recycling. How many more are there like that? The guards are adamant that there are about 600 on that Bank and despite my efforts to stop proper shacks for years they are popping up.

The same week there was an argument on the bank and a man was stabbed to death. 25th They know who the perpetrator is. There were witnesses and I am told he has just come out of jail.! I was phoned at 7am. Sandton Police Station didn’t even pick up the phone. 10111 next and eventually the police arrived and our guard showed them where to go. CID, Paramedics to declare him dead, statements and when I left at 5pm the body was still there waiting to be collected.

It is clear we have a bad element there now and after years of keeping women out there are now 5.

For 10 years we had about 100. NOT recyclers, on the bank who kept out of sight and with the water as a bargaining tool, we did not have a problem. Then George Lea was closed off and the large number of recyclers found us and moved onto the Bank. Word then spread and little by little more have come Despite vicious raids by JMPD which achieved nothing.

As long as that land is vacant they will be there no matter what is done. For years I have said that to the Clr. and to anyone who will listen. Develop it and they HAVE To move which is only shifting the problem somewhere else. I fear for the Park with those numbers. There was an application in Council but Covid brought that to a standstill.

Covid was the last straw as, with a deserted park, some left for ‘home’ while others slipped in. Now all are back and we have the situation where the Bank will be full if not already. Turning off the water has not worked, we have tried that before but now the newcomers are aggressive and I fear the consequences if we do.

I am sending this out to all I have emails for as it is time everyone knows just what the situation on that Bank is. The latest incidents need action and we, FOFS, need your support.

We have to protect that precious Park.

Forest Farm on their half of that bank from them to Italtile have applied for mixed use development. The 12 acres of Parkland (the Bank) is below with no access and is, in fact, part of the park. We have produced plans for that Bank and shown that that you can get access off the lower part of Peter Place to develop it.

At the start of lockdown Region 3 head went to the Bank and documented 245 of them on the Bank.